Do you ever feel overwhelmed or like you’re being taken advantage of? You’ve probably already heard that you need to learn to say “No” more. After all, by saying “No”, you would have more time to focus on priority tasks. But, it’s hard — you don’t want to be seen as uncooperative and hard to work with. Everyone says that you should do it (including us, in our past blog posts), but no one tells you how exactly to do it.

Well, we’ll tell you how. In this article, we’ll provide actionable tips on how to say “No” at work (without feeling guilty) and help you figure out the reason you avoid saying it. 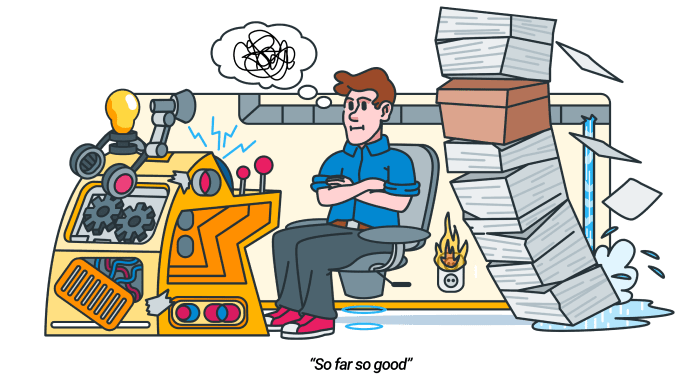 Why do you avoid saying “No”?

Before we get into concrete tips on saying “No” at work, it’s important to figure out why we have a problem with it in the first place. There are many situations in which it’s completely justifiable to say “No“, such as:

Yet, people are still hesitant to say it, in fear of conflict and/or being labeled as “difficult to work with.” We don’t want anyone to be disappointed or angry with us — we want to be agreeable. After all, since we were children, we were taught that saying “No” was impolite.

As Dr. Vanessa Bohns, Ph.D., and a professor of organizational behavior at Cornell University, said for the Wall Street Journal: “One of our most fundamental needs is for social connection and a feeling that we belong. Saying ‘no’ feels threatening to our relationships and that feeling of connectedness.”

Unsurprisingly, women are more likely to say “Yes” even if they want to say “No“. In the words of academic coach Mary McKinney, Ph.D., for the American Psychological Association, “Saying no is more challenging for women because of societal pressures to be likable. Men are still seen as likable if they’re assertive, while women are more likely to be seen as likable if they’re compliant.” This pressure is even bigger for minority women.

Do’s and don’ts of saying “No” at work

Saying “No” is a delicate art; there are quite a few things you need to keep in mind in order to do it correctly at work. To make it easier to remember everything, we divided the tips into DO’s and DON’T’s.

DO’s of saying “No” at work

These are the practices you should follow when you want to say “No” at work politely and guilt-free.

Reframe how you think about the word “No”

The first step is to reframe how you think about saying “No“.

Saying “No” to something that doesn’t matter is essentially saying “Yes” to something important to you — such as a priority task you want to save time for.

It means that you respect your time and you want to be intentional about spending it. There’s nothing wrong with that and you’re not a bad person for doing so. Your time and energy are finite resources, so you need to pick wisely what you’ll spend them on.

Be both assertive and polite

Pay attention to your tone and body language. As Jonathan Price said in his book, Put That in Writing, “Tone is the hardest part of saying no.”

Don’t be mean, but don’t be too nice either — try to have a neutral tone. Not an easy task to do, but finding the right balance is crucial to deliver the “No” the right way.

If people have to decide between believing words that come out of your mouth and your body language, they are more likely to choose the latter. Learning to recognize body language cues is a good skill to have to know someone’s true intentions, even though we can recognize a lot of them instinctively. So, pay attention to your body language:

How to politely say “No” at work? Don’t just give a flat-out “No“. Propose an alternative. Even though you’ll technically refuse to do something, you’ll still seem helpful and like a team player.

Instead of saying “I won’t be able to do that”, try something like this: “I’m not available right now, but I’ll be happy to do that on Thursday, when I finish the task I’m currently working on.”

Acknowledge the other person

A little bit of empathy goes a long way; despite telling them “No”, you’ll still want to maintain a good relationship with others.

Try to always speak from a place of compassion and make people feel heard.

Use phrases such as “I realize/understand that…”. For example, “I understand that you are really busy and I wish I could help, but my schedule is completely packed.”

Block time in your calendar when you’re busy

If you want to say “No, I’m busy” without actually saying it, time blocking your work calendar may be the answer. It helps to avoid confrontation, which is a plus in a lot of people’s books.

Block out the time frame when you don’t want to be disturbed (make sure your calendar is not private and others can see it too) and let it speak for you.

Practice saying “No” in situations that aren’t crucial for your future, such as saying it to a salesperson trying to get you to buy something you don’t want. This will help you build confidence to say “No” when it really matters.

You can even rehearse saying it in the mirror if that works for you — we won’t judge.

Weigh out the cost and benefits of saying “No”

Part of being good at time management is knowing how to spend your time in the best way possible. Is it finishing your task or helping your coworker? Depends on the situation.

Saying “Yes” to everything, no matter how quick it is, interrupts your concentration and ability for deep work. And no matter how much you want to help, sometimes you just don’t have the right skillset to complete a task successfully. Not all tasks are tasks you can or should do.

On the flip side, helping can strengthen the bond between you and your teammate(s), or even help you improve your skills.

Not all situations are black and white and you’ll have to weigh out the potential costs and benefits of accepting (or refusing) to do a task.

Prepare for a possible negative feedback

No matter how nice and reasonable your “No” was, some people aren’t going to take it well, especially if it’s your first time setting boundaries.

Be mentally prepared for that option and know it has nothing to do with you.

As Holly Weeks, the author of Failure to Communicate, said for Harvard Business Review, “You can influence how the other person reacts, but you can’t control it.” (Re)actions of other people are not your fault — everyone is responsible for their own.

DON’Ts of saying “No” at work

These are the practices you should avoid if you want to achieve the best possible delivery of your “No“.

Don’t go into too much detail

You should, of course, give a reason for your refusal, but you don’t have to go into too much detail. You don’t need to tell them your whole life story. “I’m so sorry, but my manager gave me another task and I’m already working on one big project and I’m having a hard time finishing everything and I never come home before 8 PM and I’m too tired to even cook so I basically live on coffee and takeout and…” is too much.

“Thanks for reaching out, but I need to finish the high-priority project I’m working on, so I, unfortunately, wouldn’t be able to help you.”, is just enough.

Don’t say “Sorry” too many times. In fact, it’s better to avoid saying it and turn the “Sorry” statement into a “Thank you” statement whenever possible. For example, saying “Thank you for your patience” instead of “Sorry for waiting.”

If a situation is complex, you don’t need to have the answer right away. Taking some time to think about it, weighing out all the options, and checking your calendar is completely okay.

Don’t be afraid to say “I need some time to think about it, can I get back to you?”.

Don’t give false hope that you’ll change your mind

If you already know what your answer is going to be, don’t prolong saying it. It will only be harder with time, especially if you’re an anxious person — but even if you aren’t, that mental burden will add extra stress.

Moreover, it’s fairer to the other side too, as they’ll have more time to find someone else.

Since we went over the basics, here are some additional tips on how to say “No” in specific work situations.

Saying “No” to your boss

Saying “No” to your boss can be tricky. After all, it’s intimidating to refuse someone who can get you fired.

The best way to go about it is to talk about priorities.

It can look something like this: “Thank you for thinking of me for this. If this is a priority, I can start working on it right now, however, it will push the deadline of [the project you’re currently working on] by 2 months.”

Saying “No” to your coworker

A lot of people have a problem with saying “No” to coworkers because they don’t want to be perceived as jerks who don’t want to help a teammate in trouble. You can avoid this by being as honest as possible.

If you have no expertise in a project they’re asking you to take on, just say it.

If you lie and get caught — for example, if you say you’re “too busy” and then they see you take on other projects — it will damage your relationship.

If you still decide to lie (I can’t really tell you what to do, can I?), don’t be obvious. Busy people don’t take long coffee breaks and laugh at cat videos in the office.

Saying “No” to your employees

I believe it’s important to follow your instructions to a T for a project to succeed. But, giving a flat-out “No” to your employees’ suggestions won’t exactly create a positive working atmosphere. Instead, thank them for their suggestions and try to explain why you do things the way you do. Try to turn that “No” into a “Why”.

Additional tip: Don’t be patronizing while doing so.

Saying “No” at work is not easy, but it’s often necessary. Just like in private life, you must set boundaries and stand up for yourself; stop over-apologizing and succumbing to pressure to put the needs of others before your own.

It’s a skill that has to be learned over time. There are things you can do that can help you, such as suggesting alternatives and acknowledging the other person — but, practice makes perfect.

✉️ Have you ever been in a position that you have to say “No” at work? Did you find it hard or easy? What are your favorite tips on how best to say “No“? Write to us at blogerfeedback@clockify.me for a chance to be featured in future articles.

About the Author: Dunja Jovanovic 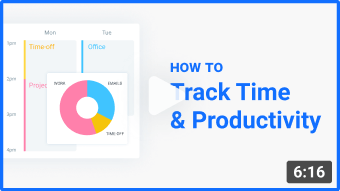 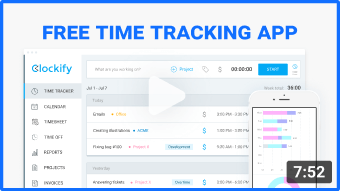