How to (re-)prioritize your tasks

It’s easy to get stressed in a busy world where to-do lists seem to only get longer and juggling all the tasks feels like an extreme sport.

In this article, we’re going to focus on work priorities and how to prioritize tasks; we’ll also go over the signs that you may need to re-prioritize and how to do that. 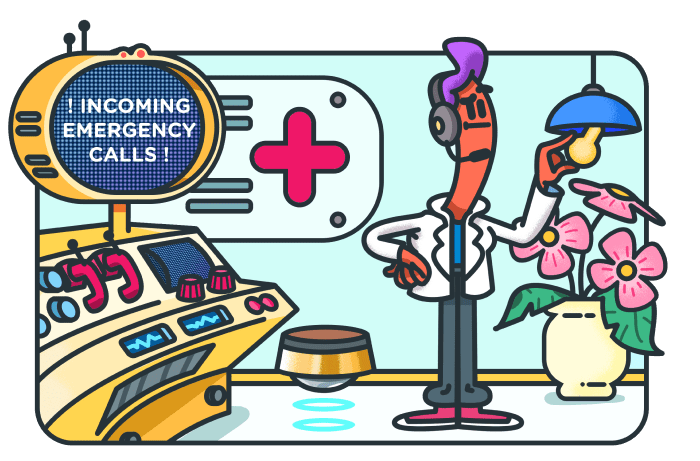 Difference between priorities and goals

Before we go into bits and pieces of (re-)prioritization, we need to clarify a distinction between a goal and a priority, since they’re often used interchangeably. They do go hand in hand, but they’re two different things.

Goals are the concrete things you want to accomplish, whereas priorities are what’s important to you and what you’re dedicating the majority of your time to.

For example, if your goal is passing a hard exam, your priority is probably studying. If your goal is getting a promotion at work, your priority will be working hard to meet all the requirements. If the goal is to increase sales, the priority could be launching a new product or coming up with a new strategy with the sales team.

Prioritizing one task over another is not always easy, especially if both tasks are important. And when multiple tasks get involved, it can get quite overwhelming.
Here are some of the tips that can help you to set your priorities straight with less stress.

Grab a piece of paper / open a blank document and make a list of all of your tasks, big and small. Gather all your small to-dos scribbled on random pieces of paper, written in the Notes app on your phone, screenshotted, or noted in your planner. It’s easier when you have all tasks in front of you, on one master to-do list.

After you write everything down, look at your big to-do list and slowly and thoughtfully start working on it. Break it down into monthly, weekly, and daily goals. Choose a few of the most important tasks for the month and break them down into smaller chunks for your weekly and daily to-dos. Also, there are many sorts of to-do list templates if you want to make the process faster and easier.

After you have made your list(s), place them somewhere visible – preferably somewhere in front of you so you’ll look at them often. You can stick them to your laptop or a wall in front of your desk, like a vision board’s more boring cousin.

Having your to-do list in your field of sight will keep you focused and motivated to cross things off as soon as possible.

Do only one thing at a time

I know it may be tempting, but don’t multitask. You won’t get more done in less time – you will just end up with a few half-completed tasks. It’s much more efficient to work on one task at a time, finish it completely, and then move on to the next one.

Think about what’s truly important to you

It’s not always obvious what tasks you should prioritize. To master the art of prioritization, you have to do some self-reflection. To put things in perspective, it often helps to ask yourself: What’s the most important thing that I can do today that will make tomorrow better?

What will get me to my goals the fastest?

What is the likely outcome of (not) making this a priority?

What tasks are time-sensitive?

What can I, and only I, do well that will make a difference?

What are my highest value activities?

Be aware of your natural rhythm and when your focus is at its peak. When do you feel at your best? Have you noticed you’re particularly productive at a certain time of the day? Do you work the most efficiently in the morning, in the afternoon, or at nighttime?

Whatever your answer is, that’s when you should do the most important task(s) of the day.

You know those days when, despite your hard work, you seem to get nothing done? If your list becomes too much, complete a few quick and easy tasks to give you a sense of accomplishment and some wind at the back to continue.

Be open to change

Be flexible and open to re-prioritize if new information comes along. It’s also okay for your priorities to shift over time. There are certain signs that let you know that you may need to stop and rethink your plan – keep reading to find out what they are.

Signs you need to re-prioritize

“When things go wrong, don’t go with them.” ― Elvis Presley

Whether you’re tackling prioritization for the first time or you decided to re-prioritize your tasks, there are certain techniques that can help you. Here are some of the easiest and most popular ones.

Grab your master to-do list from the beginning of this blog post. Next to each task write one of the following letters:

A – highest priority tasks. They are the most important and they will either have the biggest consequences if you don’t accomplish them or the biggest award if you do accomplish them.
You can have up to three A tasks, and you need to prioritize them too – mark them as A1, A2, and A3.

B – tasks that are important, but not as much as the A ones; rewards and negative consequences are smaller. B tasks should be done when all A tasks are completed.

C – nice-to-do tasks. If you don’t get them done, there would be no consequences. You won’t change the world by completing C tasks, but you can do them if you still have time and energy left after A and B tasks.

D – D stands for Delegate. Those are the tasks that can be done by someone else, so you can focus on the A tasks.

E – E like Eliminate. E tasks are the ones that are not important and shouldn’t take space on your to-do list.

In 1918, Charles M. Schwab, the president of the Bethlehem Steel Corporation, was an incredibly successful businessman – he was one of the richest men in the world.

As he decided to increase the efficiency of his team and get things done better and faster, he hired Ivy Lee, a well-known productivity consultant. Lee asked for 15 minutes with each of the company’s executives, when he explained to them the following method.

The results were so satisfactory that Lee got paid six figures (in today’s money).

The main advantage of this method is that it facilitates starting (which is often the hardest part). It reduces decision fatigue – it stops you from having too many things on your plate and overworking yourself. It also forces you to be intentional with your time and energy, which is probably the reason why it’s so simple, yet effective.

Not everyone agrees with Ivy Lee – some people think that 6 tasks every day are too many and that you shouldn’t choose more than 3 daily priorities.

MIT strategy is based on a premise that all of us have limited time and energy for each day, so we have to choose up to three MITs (most important tasks) we will dedicate our day to. MITs are critical tasks that will make the biggest difference and get you the furthest in the pursuit of reaching your goals. If you are in doubt, think about what task makes you the most uncomfortable and anxious – the one you’re dreading the most is probably the one you should do first.

You should do your 2-3 MITs at the beginning of your workday, when your mind is still fresh and focused. If you suspect that you’ll finish them early, you can add a couple of nice-to-dos – something that would be nice to finish but isn’t as important.

If things get tough, you may need to shorten your to-do list even more ruthlessly. This can be a short-term solution for some and a good everyday option for others, depending on the type of work you’re doing.

Essentially, you pick one bigger task or a theme that relates to several tasks and focus on it for the whole day. For example, my priority during my workday is writing a blog post. That’s the only thing I focus on, but it contains a few related tasks, such as researching, actually writing (which ironically takes the least amount of time), and editing.

The Eisenhower matrix is named after Dwight D. Eisenhower. He was a five-star general in World War II, the 34th president of the USA, and the founder of DARPA and NASA (among many other things), so I think it’s safe to say that he was quite a productive guy.

The Eisenhower matrix makes you divide your tasks based on their importance and urgency.

Sometimes it can be hard to determine between urgency and importance. Urgent tasks are time-sensitive, while important ones contribute to our long-term goals and mission.

One day, while taking a walk through his garden, Italian economist Vilfredo Pareto noticed that 20% of his pea plants were producing 80% of the peas. That led to more conclusions – in many industries and companies, 20% most productive portion is responsible for 80% of the production. 20% of the population holds 80% of the wealth. 20% of the customers make 80% of the revenue.

This later became known as the Pareto principle. As it states, 20% of our actions bring 80% of our results. That means that finding out what 20% of your tasks bring 80% of the results and focusing on them is a great prioritization technique. If you’re not sure which ones are your 20%, try figuring out what tasks of yours make the biggest difference and facilitate reaching your goals the most.

Before you ask – no, it’s not related to the capital of Russia. It’s the acronym MSCW (must, should, could, would) with two added “o”s for easier pronunciation.

It’s a popular technique for managing requirements. It divides them into 4 categories:

Mastering the art of (re-)prioritization is important in today’s world, where lines between business and personal life are often blurred and illnesses caused by stress get worse every day. If you absolutely have to stress, it’s important to be aware that not all tasks are worth stressing over – and that’s what prioritization is for. Grab your master to-do list and start thinking about what’s truly important to you.

✉️ Do you find prioritization difficult? Have you tried any of the prioritization techniques we mentioned? What is your favorite? Write to us at blogfeedback@clockify.me for a chance for your answer to be featured in one of our future articles. 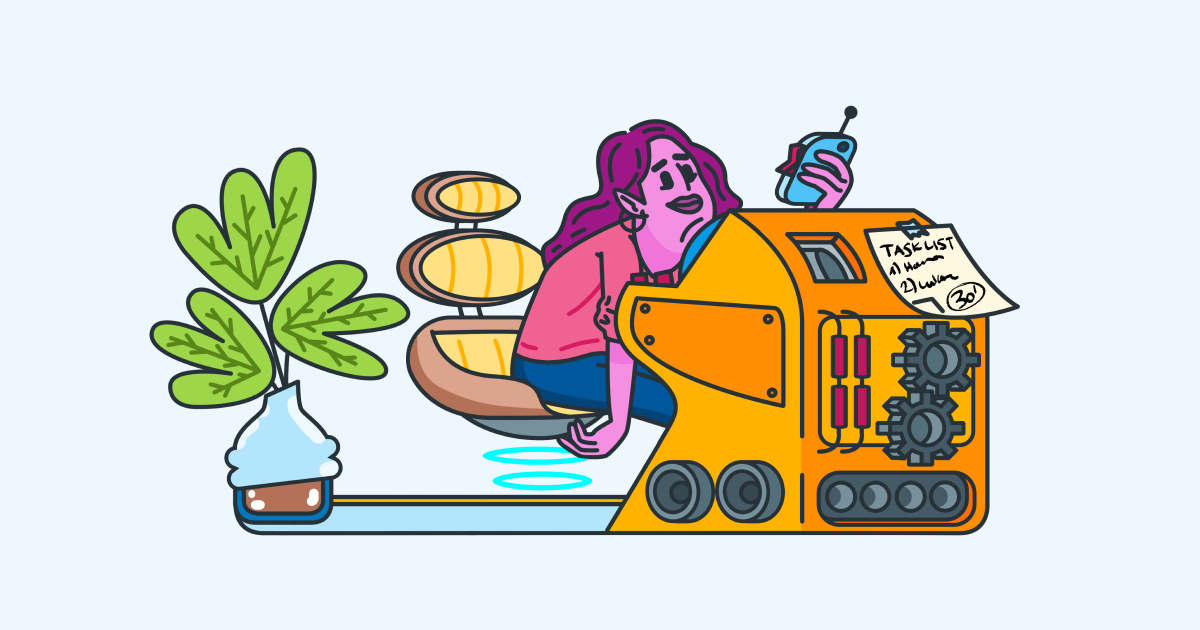 How I learned to get things done

Learn how to get things done according to the GTD methodology: efficiently, stress-free, and in an organized way…. 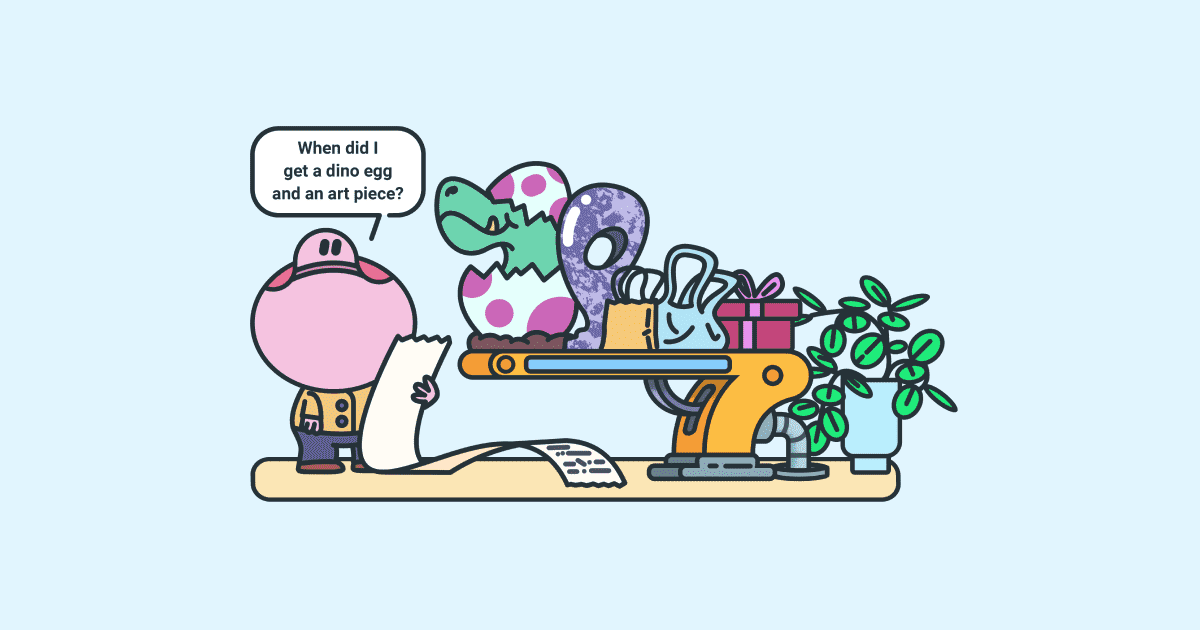 How to keep track of expenses 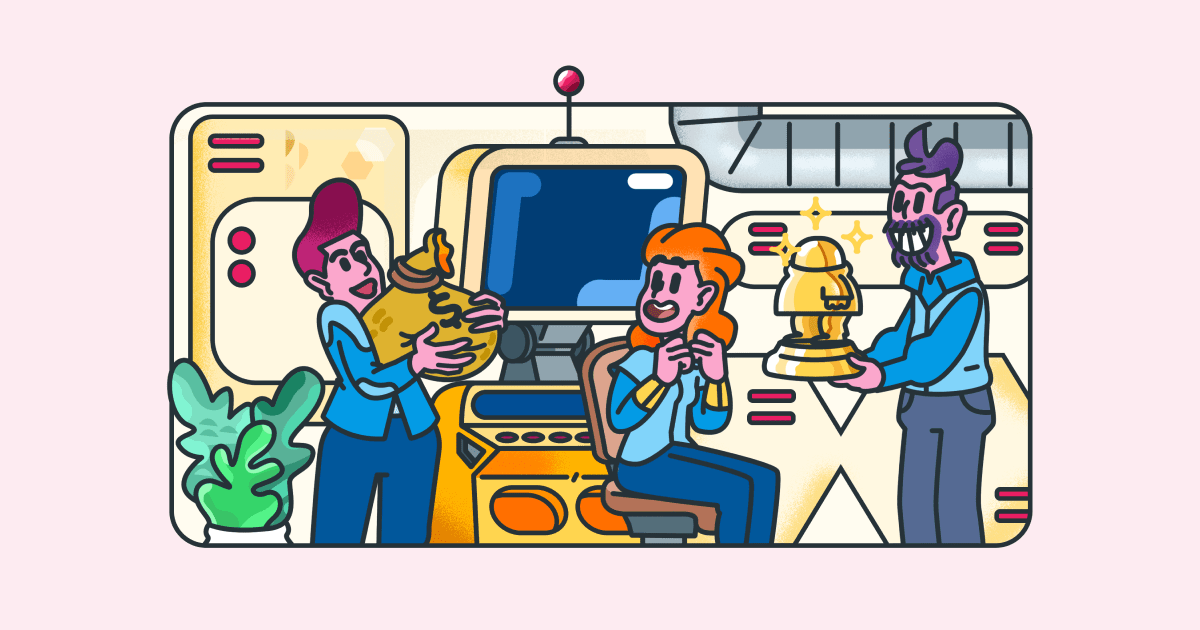 How to be better at your job

Action steps to get better at any job, turned into a game…. 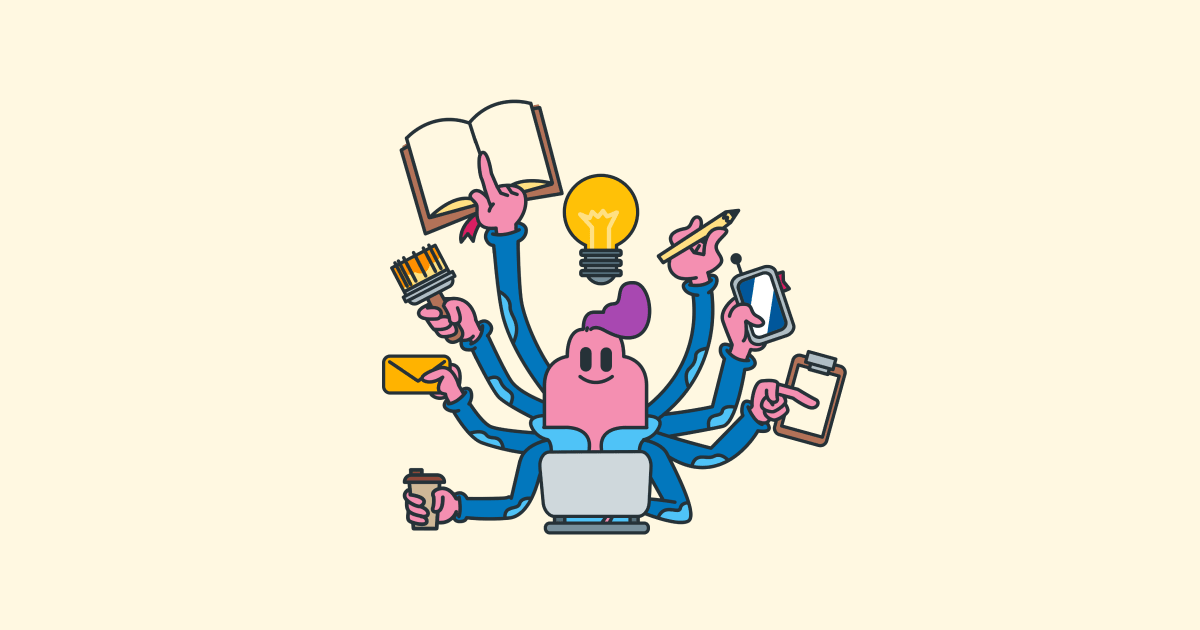 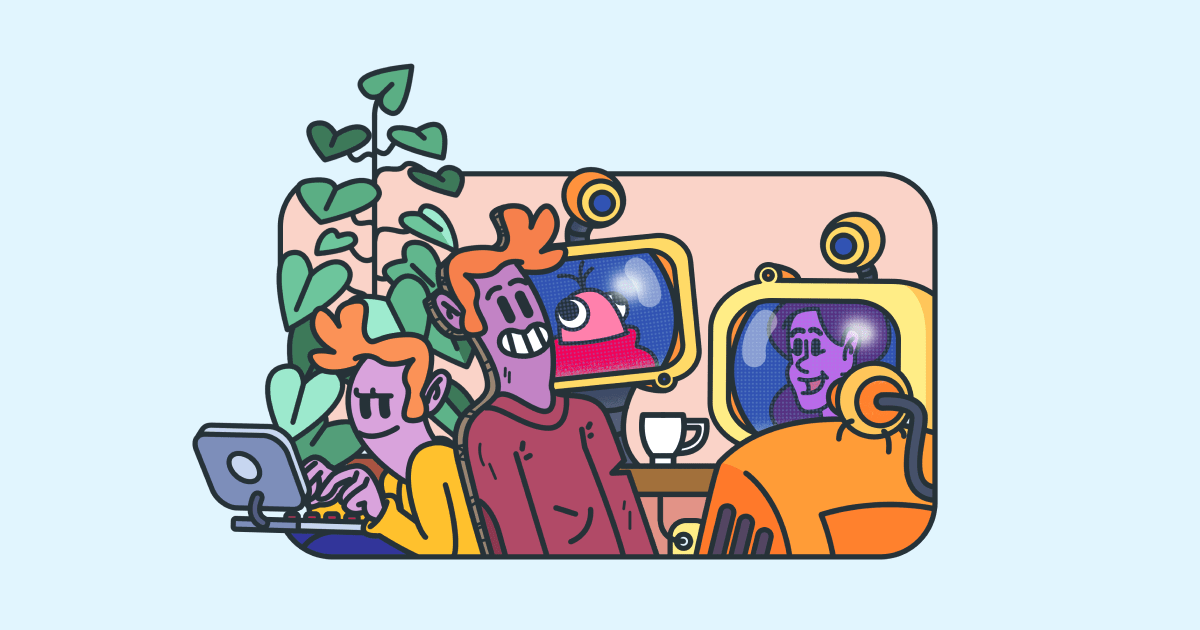 Productivity vs efficiency: what is the difference and why it matters

Learn about the differences between productivity and efficiency and implement useful tips to increase them…. 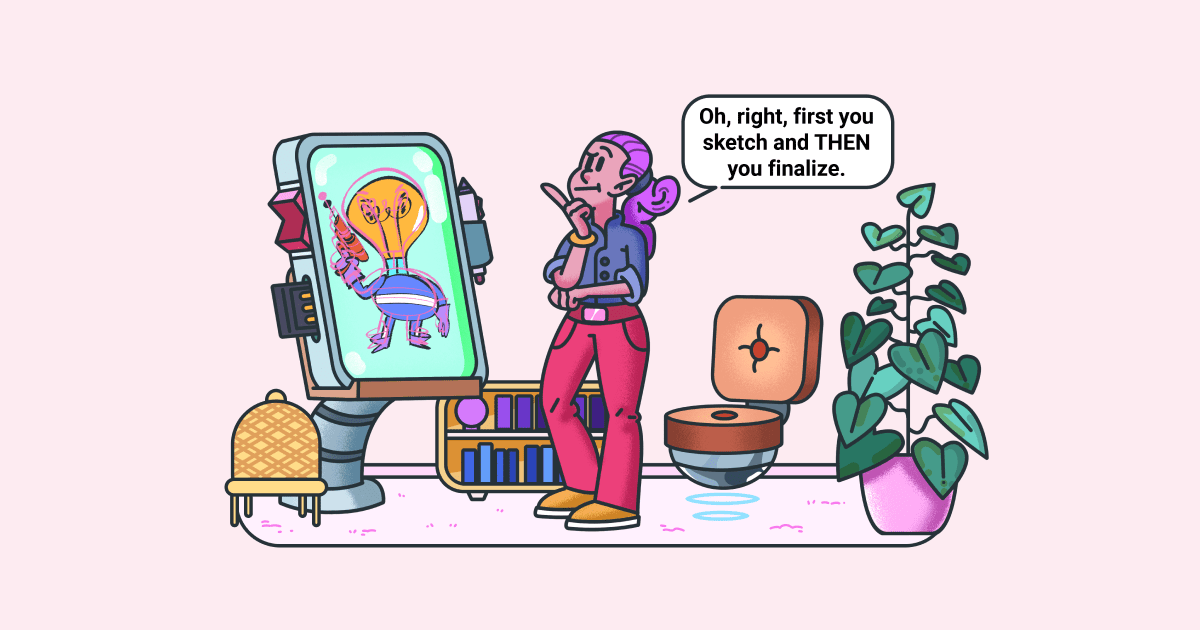 How to learn new skills with the DiSSS and CaFE methods

Find out how to master any skill you want, using the DiSSS method…. 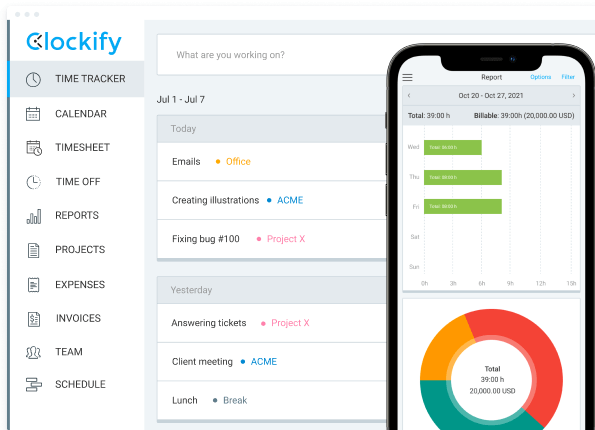