Did you know that Mozart spent more than 12 hours a day on music? Or that Jack Dorsey divides his companies per departments, and works on each only at a specific day of the week? Today's successful entrepreneurs have their healthy habits, and famous people of the past had their fair share of odd routines - but one thing they all have in common is that they planned out their activities. Here are their daily routines and habits. 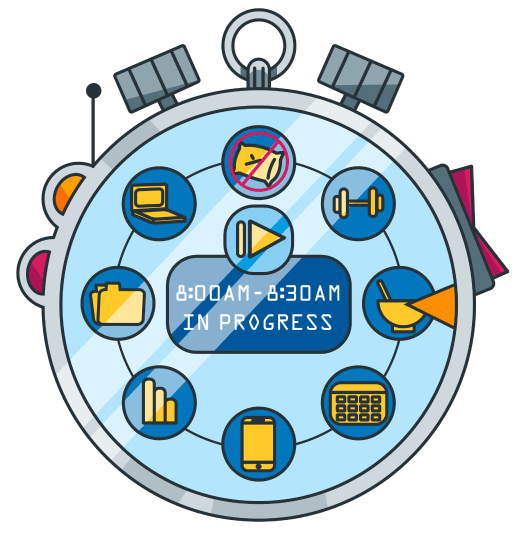 Successful people's habits and their routines are responsible for making them successful in the first place, and here is a breakdown for some of them.

Elon Musk, the CEO of Tesla and SpaceX

What highly productive people have in common

Adhere to strict schedules, hold on to their habits, and follow routines

Their daily routines don't differ much between days, and they don't let distractions get in the way of their success - they focus on following their routines.

All successful entrepreneurs like to get up early in the morning, usually before 7 a.m. - this way, they don't have to head straight to work, but have time to shower, have breakfast, meditate, work out and otherwise prepare for their daily workload.

Most of them exercise in the morning, before heading out, but Evan Williams shows that you can plan your workouts according to your productivity peak hours - if you're most productive in the morning, work on mornings, and move workouts for later in the day.

Apart from Musk who skips breakfast in favor of other activities, all the other mentioned successful people have breakfast as a must on their daily schedules. This helps them gain a initial boost of energy to help tackle their daily workload.

Parse their day according to activities

Making and following a schedule means you've already allocated specific time to each activity, and some entrepreneurs take this to the next level - Musk is famed for his 5- minute blocks of time that help him parse his daily activities into manageable chunks.

The daily routines of famous people through history

Although successful people of today follow similar routines (waking up early, eating breakfast and exercising), famous people of the past show us that disregarding this formula doesn't mean you can't be successful and productive with your work. It's important to find a routine that works for you.

These interesting daily routines and habits of famous people through history include unusual sleeping patterns, eating habits, and exercising regimes - and yet, they still managed to become successful writers, poets, physicians, scientists, politicians, painters and composers.

Despite their widely different routines, the one thing all creative people from the past had in common was that they had routines in the first place. Most of them also did some form of exercise, socialized with friends and family, and worked on their skills and talents everyday.

Their sometimes unusual sleep, eating and exercise habits helped them stay on track with their work, in their own unique ways - they prove that everyone can be successful, no matter the schedule, just as long as they have one that works for them and stick to it.

For more interesting daily routines and habits of people from the past, check out the Daily Rituals: How Artists Work book by Mason Currey.

A day in the life of an American

When it comes to daily habits and routines in the life of an American, this is how the day of a typical American flowed in 2014 according to the American Time Use Survey:

For a great animated representation of a typical day in terms of daily routines and habits, based on the American Time Use Survey, check out Nathan Yau's visual timeuse simulation. 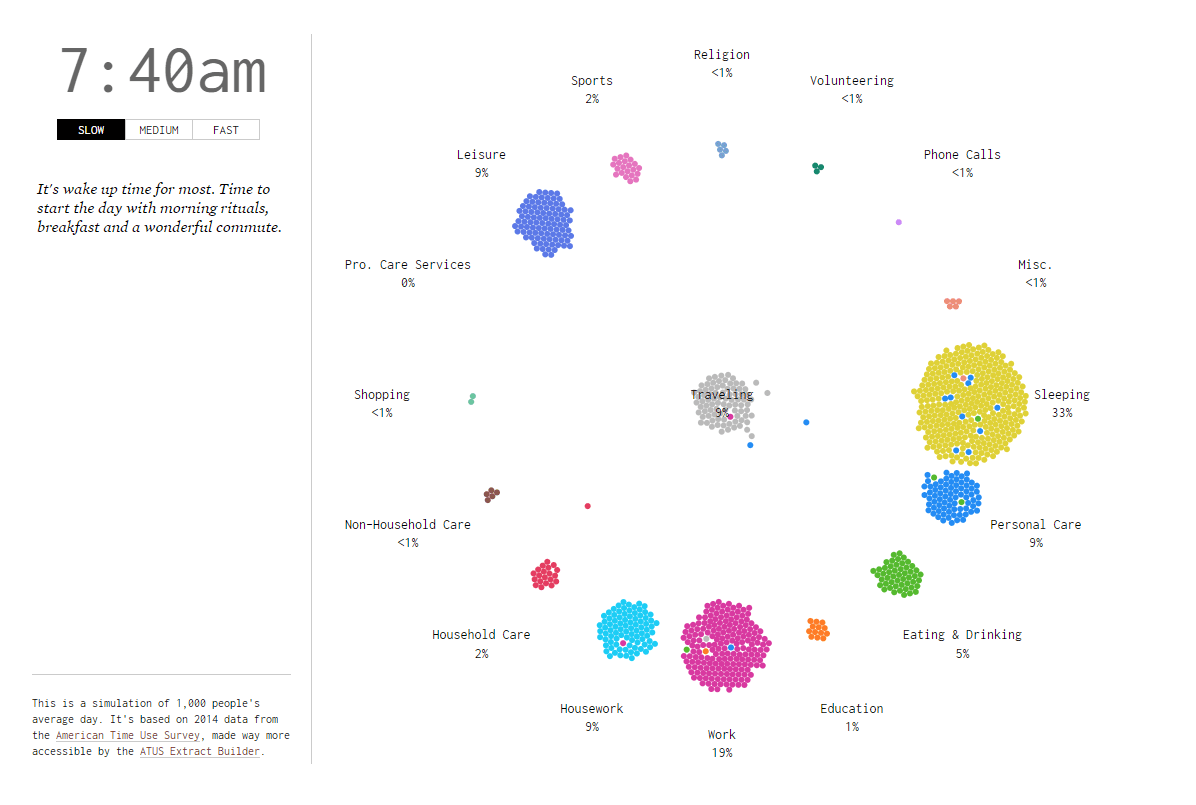 Productivity showdown: an average Joe vs a famous person

When compared to successful people of the past and present, you'll see that American daily habits and routines don't stack up well in some areas:

Streamlining your daily routines, and nurturing the right habits will help you be more productive, stay on track with your daily workload and still have time for leisure activities - it's only important to take some time to plan this out.